The Order of Kutuzov is a Soviet military decoration to reward senior officers of the Red Army for skillful avoidance of enemy attacks and successful counter attacks. 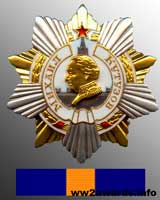 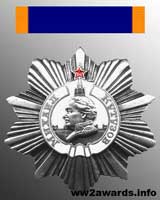 Prices for Order of Kutuzov

The Order of Kutuzov was established in three classes: 1st class, 2nd class, and 3rd class. General Ivan Galanin who distinguished himself during the Battle of Stalingrad became the first recipient of the Order 1st class. During World War II, 669 Orders of Kutuzov 1st class were awarded.

Order of Kutuzov in the award system of the USSR 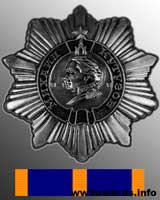 An interesting point in its establishment is that this is the only order in the award system USSR, different class of which were established at different times. Order of Kutuzov 1st and 2nd class was established during the German-Soviet War by decree of the Presidium of the Supreme Soviet of the USSR of July 29, 1942, the Order 3rd class was only established on February 8, 1943.

If the Order of Suvorov, according to its statute, was awarded primarily for outstanding leadership leading to a combat victory, then the Order of Kutuzov, on the contrary, for skillful avoidance of enemy attacks and successful counter attacks.

The Order of Kutuzov is a five-pointed star in the form of diverging rays, in the center there is a circle with the image of Mikhail Kutuzov on background of Kremlin tower, along a circle with inscription «Михаил Кутузов» (Mikhail Kutuzov). From the circle, silver beams of rays diverge, just as a wreath of wreaths of laurel and oak leaves distinguishes the first class. Material for the Order of the first class was selected gold, Order of Kutuzov 2 and 3 class was made of silver.

Prince Mikhail Illarionovich Golenishchev-Kutuzov, 5 September 1745 – 16 April 1813 was a Field Marshal of the Russian Empire. He served as one of the finest military officers and diplomats of Russia under the reign of three Romanov Tsars: Catherine II, Paul I and Alexander I. His military career was closely associated with the rising period of Russia from the end of the 18th century to the beginning of the 19th century. Kutuzov is considered to have been one of the best Russian generals.